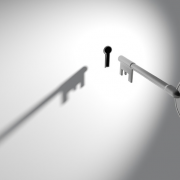 Discovering my third culture kid identity as an adult has been like a predestined romance waiting to happen before I had the language for it. Yet throughout this love affair, realized in the process of claiming a tribe, I’ve noticed a missing piece: acknowledgement about privilege variances as a tribe.

The intense feeling of being different without a language to internally process it or externally name or explain it has impacted me significantly. I felt like a misfit whenever I attended a school without other third culture kids (TCKs). The consciousness of knowing I was different grew more distinct after I left the international school system: in college, I told a roommate that moving around so much as a kid influenced who I was romantically compatible with, but couldn’t explain why. The longer I was away from my TCK-filled past, the more I felt an isolation I didn’t know how to talk about. I felt like I found myself in an abandoned city with signs of fresh activity but no one there to talk to  (as described in Where Everybody Is: TCKs and the Twilight Zone).

The answers didn’t come until my 30’s, when a colleague called me a “third culture kid”, which led me to TCKid.com. The words “third culture kid” were keys that opened new doors for me, most importantly of understanding. As I illustrated in “the significance of words” (page 4 of “Refusing to Be Erased”), discovering the term that explained my experiences and that I was not alone validated that it was an identity I was experiencing and not an abnormality I had to fix.

More personally, the career dream I wrote about in my college applications was to help people who grew up moving around like me. I knew there was a need before I knew there was a language for it. In 2011, within six months after I discovered the term, TCKid, an online community forum created by Brice Royer, became a bridge to that dream when he passed onto me the online community three years after he created the forum. I formalized it as a 501(c)3 non-profit organization. Today, the organization, which now goes by TCKidNOW, has continued helping more TCKs connect and expanding its global reach, and provides trauma-informed educational outreach as part of community care services under development.

TCKidNOW addresses the question after the initial discovery of the TCK identity: “Now, what?”- the space where intersectionality and privilege are relevant. There have been great discussions around the common TCK experiences, ie. finding home, being a hidden immigrant, etc., but as a tribe, we tend to go back to our individual identity compartments when it comes to aging, sudden disability, racism, economic struggle, etc. Yet our global nomad background can have as much relevancy on these matters as it does on “Where is home?” TCKidNOW recognizes being an adult TCK intersects with other identities, ie. race, gender, class, aging, passport country, citizenship status, etc. TCKidNow designs its services mindful of how the intersection of identities ties into varying levels of access to resources, or privilege.

Privilege – the uncomfortable but necessary conversation:

Privilege can be an uncomfortable topic that can easily cause a little tension or division, but it doesn’t have to.  In expat communities, we do not all usually enjoy the same luxuries, such as paid private school tuition, luxury cars or rich neighborhoods. It’s part of what expats sign-up for. The differences in privilege themselves aren’t a cause for tension. What can be is when a majority of resources, events, accolades, and standards and recognitions of admirable accomplishments and leadership do not acknowledge or include a true diversity of TCKs by the time we’re all adults, such as:

Setting a price for services, having a successful small business, or recognizing a person’s accomplishments aren’t, of course, negative. What would be negative is if we in the field of TCK work don’t collectively work together to widen access to resources, recognition and inclusion. Individuals with experiences from less privileged backgrounds in roles with program and research design decisions and leadership can open new windows of insight.

The professional practice that validates our approach:

Social Work is guided by the core values of: service, social justice, dignity and worth of the person, importance of human relationships, integrity and competence (https://www.socialworkers.org/about/ethics/code-of-ethics/code-of-ethics-english). TCKidNOW follows these core values along with the systems theory, which explains human behavior as influenced by multiple subsystems, ie. an individual’s school, family, economic class, cultural identity, friendships, etc., that operate interrelatedly within a larger system. Addressing an individual’s problem would then require looking at how the various subsystems are affecting each other as well as the individual directly.

How you can help – the TCKidNOW Community Mental Health Network:

Informed by my less than economically-privileged seasons in my life and stories from other TCKs about limitations in accessing resources, I conducted a survey designed to measure certain privileges. The results of this first community needs survey confirmed class variances within the TCK population, usually thought to be mostly upper middle or upper class. The below  infographic shows some findings and an overview of the TCKid Community Mental Health Network, which aims to gather TCK/cross-cultural focused mental health service providers willing to charge sliding-scale fees according to income/cost-of-living context for TCKs who cannot afford standard rates. Please consider joining the network. We are also seeking donors and businesses interested in sponsoring this program who would like exposure on our TCK and Cross-Cultural Kid social media platforms. Please see more details/register here- https://forms.gle/S9Jc5C9tjVvp7Jf89

In closing, I want to say that I am so grateful to see how far we’ve come as a tribe since the days when TCKs were still not considered a “valid population”. We all as a tribe did this! The International Therapist Directory has played a major role in healing and I hope that this network will provide an avenue for us all to worker together to spread even more love!

Myra Dumapias, MSW, (BA English and World Literature) is the CEO of TCKidNOW – please follow them on Facebook or Instagram.  Myra is a 2nd generation TCK, daughter of a 2nd generation career diplomat, and mother of a domestic and international TCK and is a social entrepreneur, writer, photographer, film geek and volunteer first responder. She grew up in in China, Malaysia, Ohio, Indiana, Manila, Germany and Romania and during college years, in South Korea. As an adult, she also lived in Bahrain.

The Certainty of Uncertainty: Coping during a public health crisis
Scroll to top
Change Location
Find awesome listings near you!