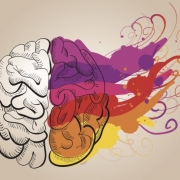 As I began to prepare my annual goals for curating the International Therapist Directory in early 2019, I felt a bit of a jolt run through me when I stopped and did the math, realizing that I first launched the initial version of this online resource a full decade ago. The site was much different back in 2009, originally housed under the umbrella of Interaction International, the nonprofit organization founded by Dr. David Pollock. Since that first version, the ITD has been through multiple iterations, and I can think of no better way to celebrate the Ten Year Anniversary than by launching a brand new version of the site with lots of new bells and whistles designed to benefit users and members alike.

If you have had this resource on your radar for very long, you have probably noticed the massive change in the look and functionality of the site in recent weeks. On March 1st of 2019, after almost two years of behind the scenes work with a web developer, the newest version of the International Therapist Directory went live online. It has been an exciting (and nerve-racking) step, implementing this many changes at once, and there are many new features that I am thrilled exist.

– members can now submit bio images and additional information about their practice and edit the information by logging in and editing whenever they wish
– the site is now mobile-friendly, making it easier to read on smaller screens
– the site is much easier to search by location, languages spoken, and clinical specialty
– listings are linked to Google Maps, making it easier for clients to find a listed therapist’s office
– the ITD Blog is now more prominently featured on the front page for easier access

However, a massive update of this scale does not come without some growing pains. Along with all that has gone well, search engine optimization takes some time to catch up, and we also have been discovering some rough edges here and there that need fixing and refinement. The work continues, and I would invite you to contribute in this process. If you are using the site and run into something that seems off, please let me know. I look forward to building on the improvements and making this site increasingly useful for the internationally mobile community for many years to come.

For the moment, however, let’s just pause to celebrate. It is satisfying to stop and reflect back on the last decade of International Therapist Directory work, while also looking forward to the next ten years, imagining what may lie ahead. Thank you for being part of the journey. 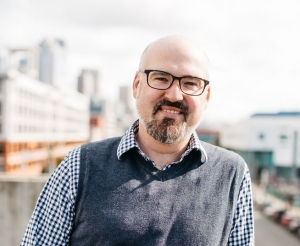 Josh Sandoz, MA, LMHC received his MACP in 2008 from The Seattle School of Theology and Psychology and currently works in private practice in Seattle, Washington providing individual psychotherapy for children, adolescents, and adults. Specializing in working with those impacted by international mobility, he also curates www.internationaltherapistdirectory.com. Josh is the current president of the Board of Directors of COR, Center for Object Relations, and chair of the Alliance Ambassador Committee at the Northwest Alliance for Psychoanalytic Study. Since 2012, Josh has been singing alto on Sunday evenings with The Compline Choir at Saint Mark’s Episcopal Cathedral.

How do we know if we are often (or always) in fight/flight mode?