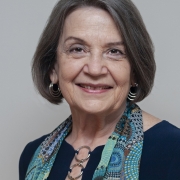 I would guess most of you listed in this directory have heard some version of the following story in your work as international therapists:

You meet a new client and begin the conversation. “Good afternoon. What brings you to my office (or screen) today?”

“Well, people think I have a lot of friends, but inside I’m lonely. I just don’t feel like I fit in anywhere.”

“I’m sorry to hear that. Can you tell me something more about your story?” you reply.

“Like from the beginning.” You respond. “Who your parents are, where you were born, where you’ve lived, and maybe even how you got here.”

“Well, I got here by car but I guess that’s not what you mean.” And you see the twinkle in her eye and think ‘Well, at least she has a sense of humor!’

“OK, then,” and a more serious look comes on her face. “Let’s see. My mom was born and raised in Country A, my dad is a citizen of country B but grew up in 3 countries himself, I was born in Country C, but moved between 7 other countries before I was 18. I enjoyed living in so many places and seeing so many things. I enjoyed my life and have friends all over the world. So why do I often feel this deep sadness or loneliness?”

And from these facts alone, and before you know why she has moved so much, you hopefully already know the basic story: you are working with a cross-cultural kid (CCK)—someone who has lived among, and meaningfully interacted with, various cultural worlds in his or her first 18 years of life.

A therapist I met in 1995 in Australia might have an answer for that question.

In those early days, my focus was primarily on trying to learn more about third culture kids (TCKs)—a specific sub-group of what we now call the larger cohort of CCKs. TCKs grow up outside their parent(s’) passport countries primarily because of the parent(s’) career choices. That particular evening I talked on the benefits and challenges of being a TCK and the factors creating these characteristics. An adult TCK (ATCK) brought his therapist along and both asked insightful questions during the discussion.

Afterwards, this therapist approached me and said, “Tonight I learned something. For months, I have treated my ATCK client for PTSD. It is the only method that has worked with him, but I have never understood why. How can he have classic PTSD symptoms, yet not have any of the usual types of trauma my other clients have? Now I understand how, despite the many benefits he also received, the cycles of separation and loss inherent in his TCK experience can create significant trauma in way I never considered before.

“And I think I learned something else. For years therapists and psychologists assumed if a baby was adopted at birth, there would be no different issues for that child than If he was the parents’ birth child. Now we know that the minute we learn that our client is an adoptee, there are certain things we must look for. After hearing about the TCK Profile tonight, I believe it’s the same with those who have grown up in a globally mobile lifestyle. Once we know this is part of their story, there are certain things we must look for and pay attention to.”

What are some of these things to consider when someone with what Donnyale Ambrosine has called a ‘culturally fluid’ story sits before you?

To begin, we can consider the TCK model as something of a ‘petri dish’—a place where for many years we have studied the impact of cross-cultural mobility during childhood. If we understand what we have already learned as basic issues, we can see how what we have learned here might apply in other situations in our changing world, even when the details of the experience are not identical.

As I’m sure you know, there are two basic hallmarks for a traditional TCK experience: a cross-cultural upbringing and a life filled with high mobility, whether it is their own or living in a community whose members also frequently come and go. It is the intersecting of these two factors that create the often paradoxical list of benefits and challenges that David Pollock developed and described as The TCK Profile (now Section Two of Third Culture Kids: Growing Up Among World, 3rd edition). Certainly, this pattern of chronic disruption in the traditional way children formed a sense of identity in a more mono-cultural experience leads to questions of identity and belonging for many TCKs. In addition, the repetitive cycles of separation and loss due to mobility patterns result in matters pertaining to attachment and unresolved grief. Both of these outcomes and why they happen are also explained at length in Section One of Third Culture Kids.

Today’s therapists, however, need to consider how the TCK experience has, in fact, turned out to be what sociologist Ted Ward predicted in 1984—a prototype for the future ‘normal’. That time has come. As the world is changing, our understandings and applications of what we know must keep growing with it. Where are some of the new realities therapists must consider? 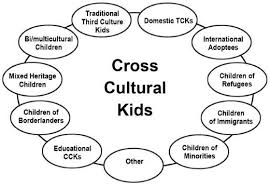 First, we must remember the many types of cross-cultural childhoods there are in today’s world. The diagram above lists a few of them, but many more exist. For example, foster children or children of divorce who navigate between different family cultures could also be included. Many CCKs ask the basic questions of “Who am I?” and “Where do I belong?” we have heard for years from traditional TCKs.

Second, remember that CCKs are often in multiple categories at the same time. A traditional TCK may also be an international adoptee. In addition to common TCK characteristics, therapists must also look at known themes adoptees also face. Refugee children undoubtedly experience questions about identity and issues related to major loss but what are the traumas related to war they might also know? Often they become immigrants and live as minorities in a new land while going to school in a very different culture from what they know at home. Often such groups also face racism and bullying as they settle in and become immigrants. This growing cultural complexity is a new but often unrecognized ‘new normal’ in today’s world. How do you as a therapist look at the whole picture?

Third, globally mobile adults who began life in a more monocultural situation often present with issues that overlap with those we know from a traditional TCK experience. In the past, we have presumed that they had already established their sense of identity before beginning global pilgrimages so they would not share similar questions about that as TCKs often do. It seems that may not have been an accurate assumption. Many of these adults also seem to arrive at a state of feeling so changed by the experience, they too ask “So who am I now?” “Where do I belong?” In other words, the issues of identity, belonging, and hidden losses are often present for globally mobile adults as well as for their children and, without understanding or resolution, lead to a nagging sense of “What is wrong with me?”

Fourth, never forget that the shifting cultural contexts across our globe are leaving fewer and fewer places as the ‘monocultural’ communities we knew in the past. That means the skills and understanding you have acquired as ‘international therapists’ have put you ahead of the curve for normalizing and giving language to how global changes are affecting local communities around you as well. You have much to offer! May you find joy in expanding what you already know and do to be more effective than ever in our changing world—not only your sake and your clients’ sake but for your profession as well. 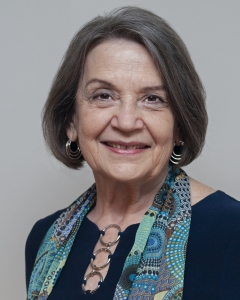 Ruth Van Reken is a US citizen who grew up in Nigeria as a second generation third culture kid (TCK)* and raised her three daughters in Liberia For over thirty years Ruth has traveled extensively speaking about issues related to global family lifestyles. Currently, she is seeking to understand how lessons learned from the TCK experience can transfer to others raised among many cultural worlds for various reasons. Ruth is co-author of Third Culture Kids: Growing Up Among Worlds,3rd ed., multiple other writings and co-founder and past chairperson of Families in Global Transition.

One Little Lesson on My Vietnam Motorbike Adventure

Redefining our Professional Identity and Belonging
Change Location
Find awesome listings near you!
Scroll to top