As a Highly Sensitive-Third Culture Kid (TCK) myself, and mother of two Highly Sensitive TCKs, it feels deeply personal to share the content of this workshop with families who also may be raising highly sensitive third culture kids.

I personally learned about this trait and the TCK term when I became a mother while living abroad in Belgium in 2015 and working as a psychologist with international families. And the impact of these discoveries has been profound in both my personal and professional life.

Unfortunately, Sensory Processing Sensitivity (SPS), the scientific term used in research to refer to High Sensitivity, is something very few professionals know about, much less the general population. So first of all let me share with you a bit about it:

Existing evidence shows that high sensitivity is a temperament trait found in approximately 20% of the global population, equally prevalent among women and men and across cultures and ethnicities. However, recent research indicates that the trait may be even more prevalent among people living abroad in expatriate communities (24.6%) (Andresent et al., 2018). So with almost a quarter of those living abroad probably being part of this minority group of people, it seems important to design a plan to raise awareness on this topic and offer the appropriate support for those families, caregivers and other institutions (such as schools for instance) involved in the way the TICK lifestyle experience can turn out for them.

SPS is a common inherited trait indicating inter-individual differences in sensitivity to both positive and negative environments. The phenomenon has only actively been studied for the past 20 years (Aron and Aron, 1997). Over the past two decades, however, SPS has become a much discussed facet of Environmental Sensitivity Theory (Pluess, 2015), and forms part of an umbrella of theories explaining individual differences in the ability to register and process environmental stimuli (Pluess, 2015). SPS is a temperament trait that interacts with other personality traits and variables to determine how individuals react and respond to their environment.

The SPS framework is grounded in extensive review of personality theory related to behavioural inhibition, shyness and introversion (Aron, 2002; Aron and Aron, 1997). So it seems logical that research applying the framework shows that 70% of  highly sensitive children and adults are introverted, compared with  just 30% who are extroverted. It is important to note that this trait does not shape a “unique human being”, rather the expression of SPS depends on combination with other personality traits, as well as with variables of the environment in which each person grows (how much sensitivity is appreciated and responded to in the family and culture, birth order, etc.)

Highly sensitive children are characterized by greater depth of information processing, increased emotional reactivity and empathy, greater awareness of environmental subtleties and ease of overstimulation (Aron et al., 2012; Homberg et al., 2016). And many of these traits are also found among TCKs. In daily life, highly sensitive children are those described as “mature for their age”, “sensitive to fabrics, labels, food textures”, “having problems integrating in new groups of people”, and “social shyness” (70% of the cases). But at the same time, usually “easy to raise”, known for being “very understanding” (in most of the cases), high achieving etc.

Now, what the available literature tells about both TCKs and HSCs, is that life for both groups has added challenges that increases the risk for stress-related problems in response to negative environments, but also provides greater benefit from positive and supportive experiences. So, if their sensitivity is not acknowledged and properly addressed, they may be quietly piling up a very intense grief tower that, when reached their mid-adulthood may take the shape of some kind of emotional or mental disorder (anxiety, depression, personality disorders, etc.) However those that feel understood, seen and given the right environmental conditions, are the ones that would actually benefit more from both their personality trait and TCK lifestyle and experiences.

How to rise healthy Highly Sensitive Children that are also TCK: the workshop

This is exactly what this workshop is all about; sharing knowledge and tools to help Highly Sensitive TCKs to thrive.

Lauren Wells and I have identified the overlap and created a very practical content that walks families, caregivers and professionals that may be debriefing Highly Sensitive Children of all ages though the different challenges this group may face at one point or another in their life overseas.

Since intervention is always harder, longer and in the worst scenario, some things may be irreparable, this workshop is all about prevention. This workshop helps to identify, understand and attend the specific characteristics of this group as well as proceed to adjust their daily routines sharing tools that will help families and caregivers to address some aspects that are crucial for this specific group of children (HS-TCK) adjust to this lifestyle and thrive.

Finally, we thought it was essential to add some even more specific recommendations for caregivers raising HSC overseas during this unique world pandemic context we are in.

Its practical structure, unique content and sensitive approach brought us to sell out the first edition leaving people out, so we have decided to launch the second edition this upcoming June 2021 (you can register on tcktraining.com). 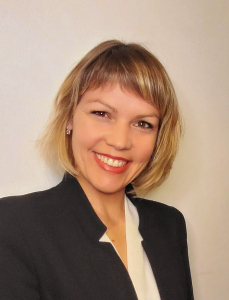 Karina Lagarrigue is Highly Sensitive, ATCK, mother of two and International psychologist that specialises in couple therapy and international families. She is also an early stage-stage Ph.D researcher on Sensory Processing Sensitivity at the University of Girona (Spain) looking into expatriated motherhood and part of the team of Volunteer psychologists of Humanity Crew R.A.

How To Be A Better Mental Health Ally for the Underrepresented