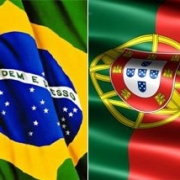 “Sometimes I feel like I don’t belong in my own family!” I recently said to a friend. This may sound strange to some, but to my friend, she got it immediately because she too had felt the same dissonance. What causes this? It’s when someone who grew up in many cultures starts to parent, and then realizes that the experiences are so different, it is hard to connect. It’s like learning a new culture all over again.

For example, I had to ask my kids about prom and homecoming. I had grown up in an entirely foreign school system. What were the rules and expectations? Dress code? What was the proper time to show up? When should I expect to pick them up? Hidden costs? Oh so many questions, I felt embarrassed asking them! I was the adult, I should know… yet I didn’t know who to ask without feeling stupid.

Then of course there were questions my kids could not answer for me: What was the role of PTO or PTA and what was the difference? If my kid was bullied, what were my recourses? What did Boosters do and what did it mean if I got involved? Should I let my daughter be a cheerleader, or were there aspects of that subculture that would create body image problems for her?

Then there was the whole global perspective. When my kids would tell me they met someone at school who was from Africa, I’d say, “Which country?” They’d give me a blank look, a “not this question again” look, because like so many North American kids, Africa is a country.

When they began studying history, we would have conversations on how each country writes history from their perspective. It told them it was important to learn, but with the knowledge that there is always at least two sides to the story.

I knew this, because I studied Brazilian history in Brazil. From that perspective, the Portuguese exploited Brazil’s natural resources, tried to rule over them and make laws from across the ocean; how they fought and won their independence. 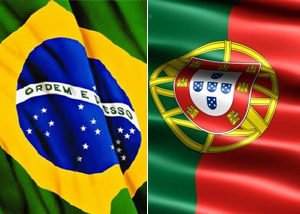 Then I moved to Portugal and studied that same history from the Portuguese perspective. Now the history was that the Brazilians didn’t know how good they had it, they were selfish and ignorant. The Portuguese had given them so much. According to them, the king’s son who had grown up in Brazil, was a traitor because he fought for their independence. It was eye opening to read those two perspectives, both claiming to have the “real” truth.

I could go on and on about all the things related to raising kids in a culture in which I did not grow up. Many immigrants face similar issues. So much of culture is taken for granted, so no one really thinks to explain it. Because I spoke flawless English and looked American, I was automatically expected to know the American school system and all its culture. When I did not, I would get strange looks and suddenly feel like an “outsider” with a twist: I was an “insider” until I opened my mouth and asked questions. So I often tried to figure it out on my own.

As I reflect on my experiences, I expect my struggles are shared by many parents who grew up in another culture. The school system is a subculture that has its own rules, governance, expectations, and dress code. If the kids’ parents are foreigners, be it an immigrant, Third Culture Kid, Military Brat, or any number of other cultural backgrounds and experiences, they may be unaware of the new rules, and a culture clash ensues. I wonder how often disciplinary problems, homework issues, or lack of parental involvement could be alleviated by having a “Welcome to Our School” day, a shortened version of  “welcome week” at colleges and universities. This would be open to all who wanted to learn more how the school functioned, expectations, definitions of words that only schools use, like PTO and PTA, Boosters, and others. It could include a breakout session on making a good transition from the old to the new system. Perhaps out of this a resource panel or group could be formed, a place where the newcomers could go to get their questions answered without feeling stupid.

Does anyone else think this is a good idea? Would parents and schools benefit from this?
(Click link to comment. Comments welcome on Judy’s blog.)

Judy Hansen was raised in Brazil and Portugal of American missionary parents. She held a dual nationality, American and Brazilian until the age of 18. She is a mental health therapist located in Denver, CO and enjoys helping all those who are struggling with transitions.

Who are you? The TCK struggle with IDENTITY.
Scroll to top
Change Location
Find awesome listings near you!