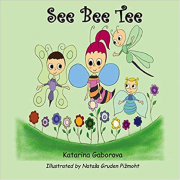 It was a lovely Dutch morning, as I was driving my older daughter to school, who was 7 at the time. On the way there, we were singing and laughing in the car at some of my “lost in translation stories” related to expat life. I dropped my girl off, wiping off some milk crust from her breakfast residue as I was kissing her on her soft cheeks.

Then continued driving to my practice. I picked her up, later that afternoon. “ So what was the best experience of your day-today?” I asked, my usual question that I adopted from positive psychology. My daughter looked at me, suddenly bursting into tears, telling me that it was the WORST DAY OF HER LIFE. We sat down and chatted about her day, and broke her day into different much smaller parts. When I realized that her day went actually great up until about 10 minutes before I went to pick her up. That was a point when she ended up having an argument with her best friend (a classical cognitive distortion).

How had she gone from a positive morning experience to such a negative outlook? Well, as therapists we know that we have been given this evolutionary capacity to emphasize the negative rather than the positive (known as negativity bias). It is our inborn critical survival skill to be aware of and to avoid danger. Did you know for example that negative experiences or the fear of them has a greater impact on us compared to positive ones? Or that our attitudes are more heavily influenced by negative news as opposed to the positive? According to a prospect theory (Kahneman & Tversky), we even tend to make choices mostly based on avoiding losses rather than focusing on all the wonderful gains.

Well, coming back to my story, as I was sitting there with my daughter, it suddenly hit me and I got an idea of creating a deck of cards and a book for my daughter where I could show her these tricks that our mind plays on us. More importantly, I could show her some remedies how we can play back by turning the awareness of our own thoughts and feelings into our own benefits. I also thought of how useful it would be if other children, or adults could use these tools as an extra support with whatever they would be going through.

We human beings, can certainly train our mind to consciously start noticing and focusing on the positives in our environment. This is of course not to make someone naively look at the world through pink glasses, but rather sticking to the facts at hand. Not letting our bias opinions create a cloudy view. It takes practice and effort but the result is surely worth it. I do not need to even point out what benefits it brings to our resilience, mood, immune system or relationships within our environment.

So, that is how our See Bee Tee journey started. I met a great artist from Romania Roxana Macovei, who beautifully painted each card by hand for the memory card deck. We researched how to make them interesting, colourful and full of fun (See a couple of examples below). 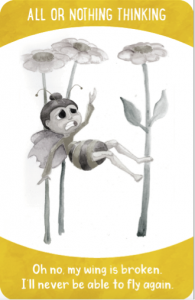 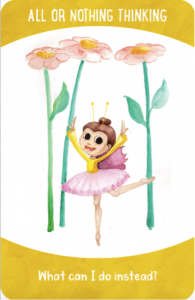 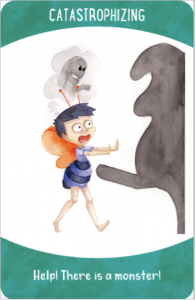 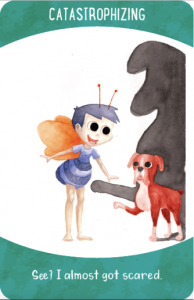 I was also cooperating with a Slovanian visual artist and a pedagogue Nataša Gruden Pižmoht who illustrated the book (See below). 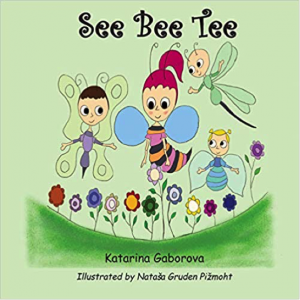 And then my dear colleague, Ekaterina Evdokimova of PsyCompass, a child psychologist and Expat herself, currently working and living in the Netherlands, tested the tools in her practice when working with Expat children and their families. This is what she wrote about the book & cards as she reviewed them:

“In this interactive tool for children, their parents and professionals, Katarina (psychologist, www.katarinagaborova.com) manages to bring together the essence of two widely-known approaches to therapy: cognitive behaviour therapy (CBT) and mindfulness. The book gives a very clear indication of how the negative thought patterns work, and presents the reader simple exercises to ensure that positive thinking becomes their natural reaction to destructive thoughts and unfortunate events.

The tool has two parts: the book “See Bee Tee” and a memory game card deck with the same title. Both are based on the story of a bee called Tee who was temporarily unable to fly. The story tells how she manages to overcome despair and sadness, and even benefits from the situation with the help of her friend, a wasp called Kevin. The story demonstrates in clear, rhythmic language how Tee’s thoughts developed, how they changed while she was talking to her friend, how new hope arose, and how she ultimately found a way to enjoy the time and new opportunities while she was unable to fly. The story provides a clear model for children and equips them with practical tools to help them deal with their own difficulties. Children also learn how to be less dependent on other people’s opinions and how to be kind to themselves and to others.

At the end of the book and in the instructions to the memory game, there are manuals for parents. The guide is written in clear language and leaves no doubt about how valuable positive thinking is when it comes to dealing with the past, overcoming difficulties in the present or going through desperate times of loss and grief. The manual is rich in information which is useful to both children and their parents. Both the book and the card game have well-balanced combinations of text and illustrations. The colours also correlate with the story and reflect the feelings the characters are experiencing.

The book and the card game can be used by professionals such as psychologists, teachers and care-givers who work with children suffering from anxiety, fear, depression, post-traumatic stress disorder (PTSD), as well as children with special needs and children dealing with the challenges of an international move. Playing with the memory cards, reading the story or colouring the pages of the book can be used by professionals to discuss with children various events in their lives, the effects of certain ways of thinking and possible coping mechanisms. Information presented through play is easier received by children and repetition of the same message ensures that it is instilled in children’s ideas and behaviour. Children also learn other skills: appreciate the smaller things in life, value and maintain friendships, talk about their feelings, focus on the present, and have the courage to step out of their comfort zone.

As a child psychologist I already started using the tools in my practice working with children who have difficulties with self-esteem or who have challenges with emotional recognition.

See Bee Tee is a valuable resource in any practitioner’s toolkit.”

Today my daughter is already 10 years old. Of course that she is still going through her natural ups and downs which are an inevitable part of any cycle of life. However, since then I honestly have not heard her labelling her days as the WORST IN HER LIFE :).

Sending you all warm greetings from Netherlands. 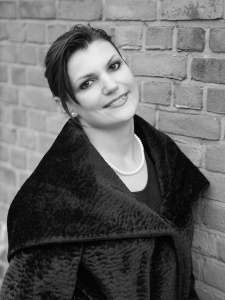 Katarina Gaborova was born and raised in Slovakia. She studied psychology & psychophysiology in Australia. Currently she works in her practice in the Netherlands. Where she is a licensed psychologist and NLP (neuro-linguistic programing) life coach and member of the ACCESS Counselling Service Network. Her specialties include positive psychology, integration challenges, stress management and more. She is a published author of V!VA Tools for well-being and See Bee Tee products. You can find out more on www.psychologistinthehague.com ; www.katarinagaborova.com.

One Little Lesson on My Vietnam Motorbike Adventure
Change Location
Find awesome listings near you!
Scroll to top